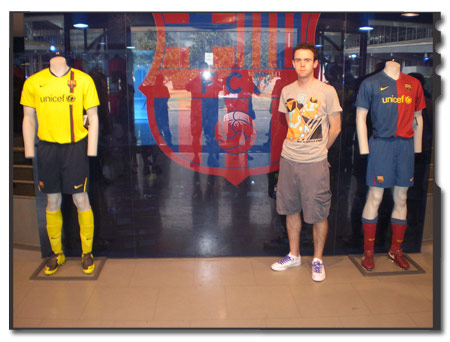 When did you join Waterford Aero Club? September 2008

Best flying memory: My most enjoyable flight to date was over the weekend of the Tall Ships in Waterford. I took my partner in crime for her first flight since I got my licence. She has a huge fear of flying but I eventually convinced her to come for a quick spin and once we leveled off at 2000 feet she loved it. Flying in a plane as small as the Tecnam is great therapy for anyone who has a fear of flying and that flight definitely did the trick. The weather was as good as it gets and the scenery that weekend was just as spectacular.

Worst flying memory: Nothing major to report yet and hopefully it will stay that way.

Tell us about your last flight? My last memorable flight was in a Piper Cub with Brian O’Keeffe. It was only a quick trip down to SAAC Field for a couple of touch and go’s but the weather was smashing and the view from that aircraft is particularly good. It was nice to be the passenger for a change. I took in some sights that I have flown over many times but never had the chance to notice.

What brought you to flying? After leaving school I spent the best part of five years in an aviation related environment. Throughout that time I was lucky enough to sit in the cockpit for a few flights on a number of different aircraft, both big and small, and eventually grew fed up of watching other people fly them. In 2008 I bit the bullet and took an introductory lesson at the club. I haven’t looked back since.

If you had all the money in the world, what aircraft would you choose to fly? I’m a bit of a sucker for the Business Jets so it would have to be a Gulfstream G550 for me. I spent a bit of time around one of these and they are just about as cool as they come. The cockpit is as impressive as I’ve seen and it looks like a lot of fun for both the pilot and the passenger.

What is your current job? Secondary school teacher

Other hobbies? Anything sport related takes up most of my time outside of work and flying. Football and rugby would be top of the pile but I’ll watch just about anything competitive.

What do you like most about the Aero Club? My favourite thing about the aero club is definitely the wealth of knowledge and advice that is on offer from all the club members. I was a little naive and innocent when I first joined the club but some sound advice along the way has helped me greatly. There is always someone on hand who will answer any query I have or at the very least point me in the right direction.

If you could give a new pilot one piece of advice, what would it be? Don’t fall into the trap of thinking that you can’t become a pilot; flying is there for anyone who wants to do it. It might take a lot of hard work to get where you want to be, but it will definitely be worth it the end.