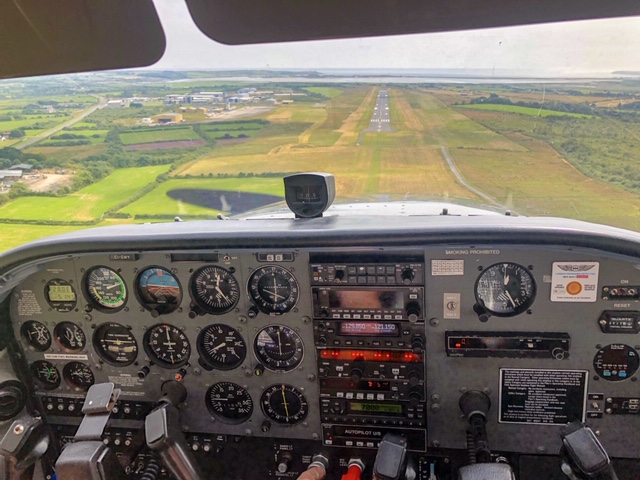 The Private Pilot Licence, or PPL, permits you to act as the pilot in command of an aircraft for private use.

It is the first step on the way to a career in commercial aviation.

The PPL(A), or Private Pilot Licence, Airplane, is obtained over 45 hours of flight training. Of this minimum 45 hours of flight training, at least 25 hours will be flown with an instructor and at least 10 hours of solo flying must be carried out. The 10 hours of solo must include 5 hours solo ‘cross country’ time – this will include a qualifying cross country flight of at least 270 km (150 nm), during which you will land at two aerodromes other than your home airfield. The remaining 10 hours can be a combination of dual and solo flying as the instructor and student prefers.

Ground training is covered alongside the flight training. Topics such as navigation, meteorology, aircraft technical knowledge and human performance are studied both in the classroom and at home. There are four written exams to be taken in these subject areas which must be passed before applying for the final flight test.

Before being sent solo, the student pilot must obtain a Medical Class 2 certificate issued by an Authorized Medical Examiner (see the Aeromedical section of the Irish Aviation Association website.) and demonstrate to their instructor that they can fly the aircraft safely and competently as Pilot in Command. The day you complete your first solo is the day you truly become a pilot!

The final flight test will be conducted by an designated IAA examiner and must take place within 6 months of completing flight instruction and within 2 years of passing the first written exam. You must have at least 5 hours dual or solo in the preceding 90 days.

The PPL(A) can be obtained over the course of weeks or months depending on each student’s ability, schedule and financial position. Most people will consider the cost as the most significant factor in obtaining their PPL. Although 45 hours is the minimum required before doing the PPL flight test, students with varying abilities and time schedules can expect to have completed differing amounts of training before obtaining their license. Statistically, students flying regularly (for example once or twice a week) will get their license quicker than those who fly irregularly and / or less frequently. A very general outline of the costs involved is given below:

What do I do now that I have my PPL?

The newly-licensed Private Pilot has many options for further flying. Those who wish to enter a career in commercial aviation or flight instruction can begin hour building towards the Commercial Pilot’s License (CPL) here at Waterford Aero Club. We offer fantastic hour building packages and a night rating course from 950 EUR. If you want to keep flying as a hobby then there are even more options. You can get checked-out on more complex and powerful aircraft in order to tour the country and continent. A Touring Motor Glider (TMG) rating allows you to fly motor gliders and delve into the world of glider flying. A course in aerobatics and unusual attitudes encourages pilots to enhance their general handling skills and theoretical knowledge of flight dynamics.

Do I have to renew my PPL?

An EASA PPL is a non-expiring “lifetime” licence. The use of licence privileges is dependent upon the validity of the ratings included in the licence and the validity of the associated medical certificate. Usually, for a first-time PPL, the rating will be for a Single Engine Piston Land aircraft (SEPL). The SEPL rating must be renewed every 24 months and requires you to have:

A pilot may opt to undertake a flight test with an examiner instead of 1, 2, 3 and 4 above. To carry passengers you must have completed at least 3 take-offs and landings as Pilot in Command in the previous 90 days.

The Class 2 Medical Certificate must be renewed every 5 years up until the age of 40, and every 2 years thereafter. The renewal examination for the certificate may be carried out up to 45 days before the expiry date and a consecutive period of validity will be granted.

Waterford Aero Club is the ideal destination for those students wishing to pursue a professional career in aviation. Our students can complete their hour building prior to commencing a commercial pilot licence either on a pay-as-you-fly basis or by taking advantage of our tailored hour building packages.

The Private Pilot Licence permits you to act as the pilot in command of an aircraft for private use.

Learn to fly with us! 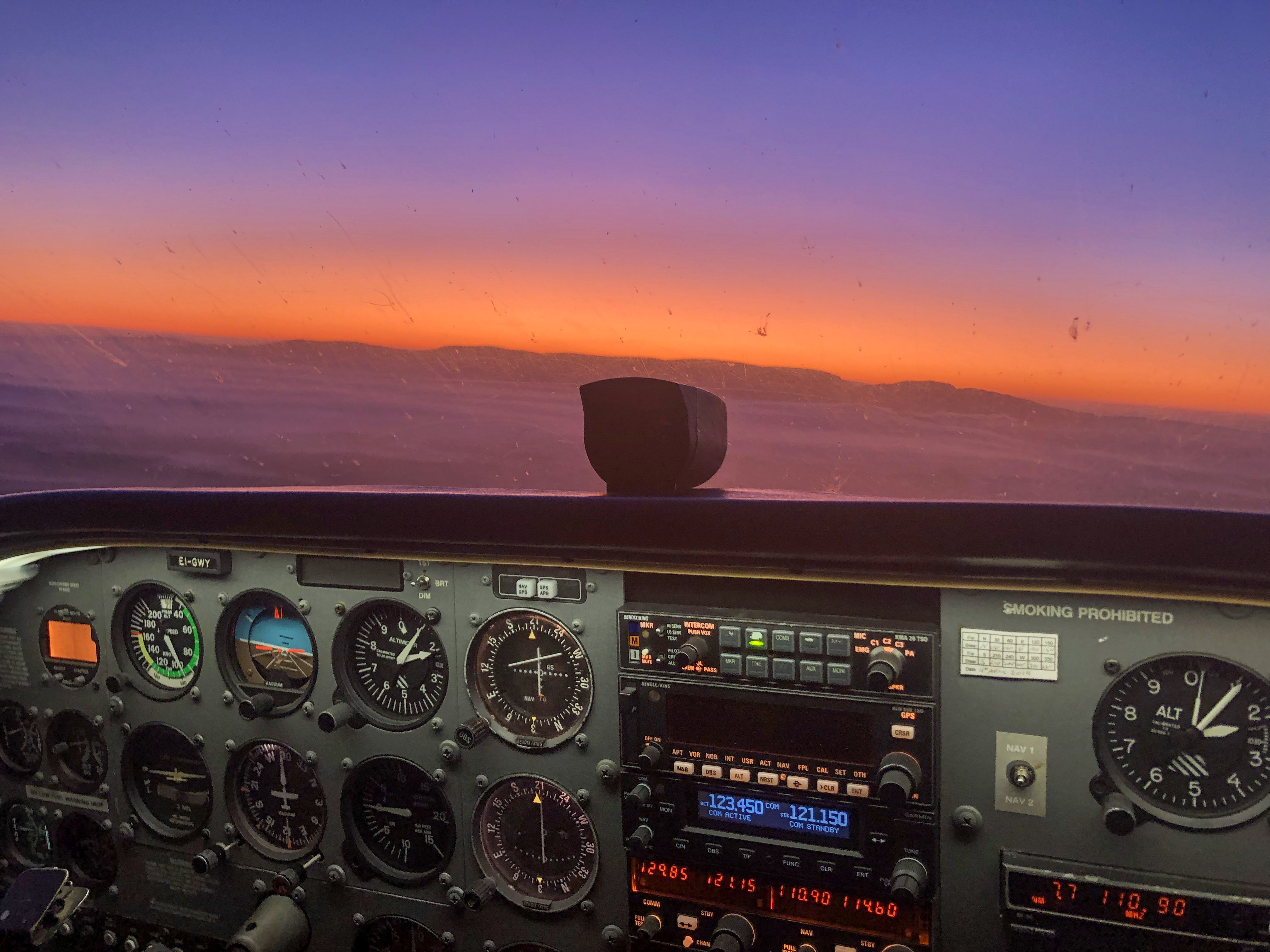 The Night Rating allows you to act as the pilot in command of an aircraft during night time.

Get night rated from just €999 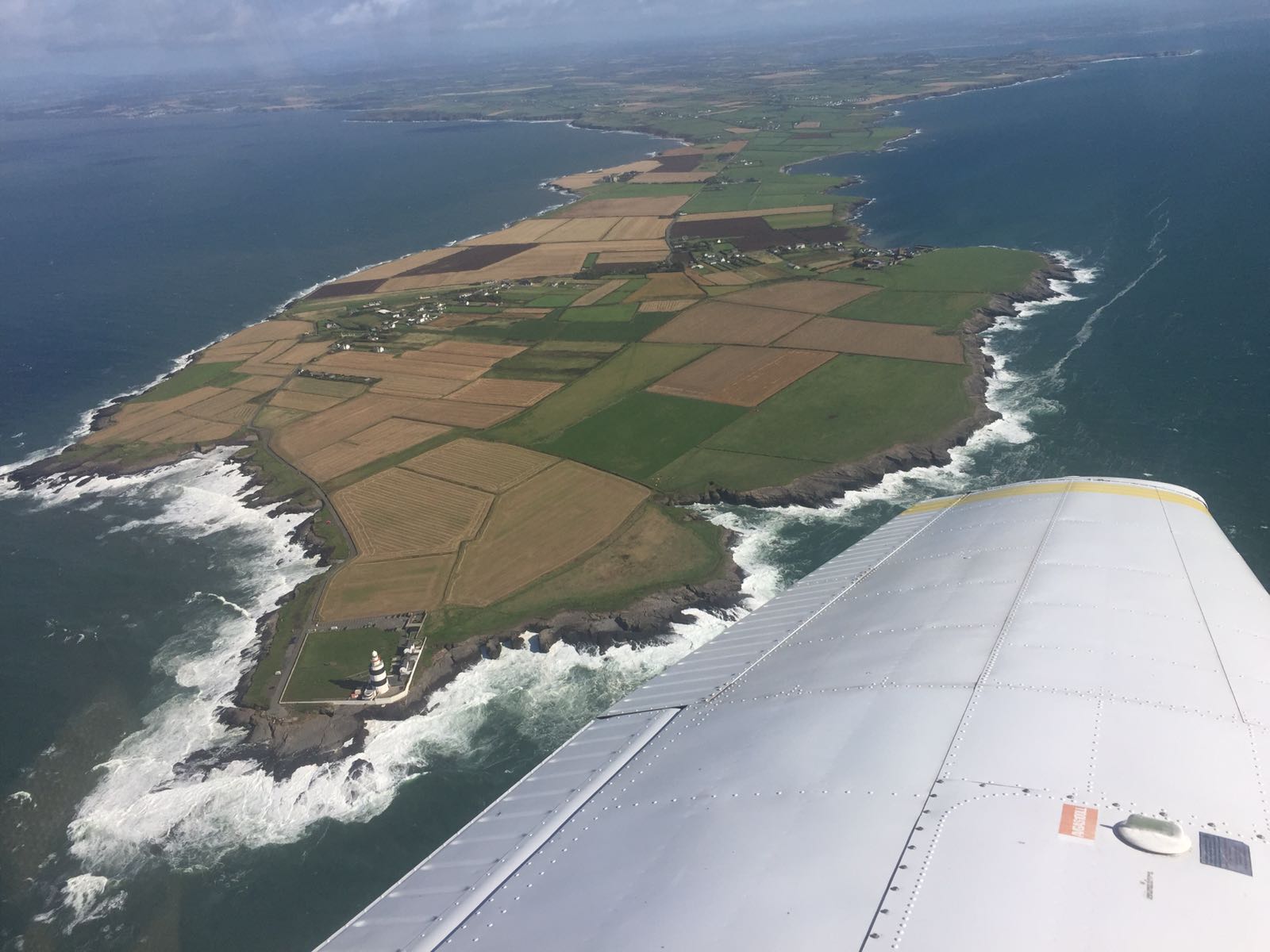 We offer some of the best value hour building packages in Europe to expand your logbook.

Build your hours on our aircraft
Latest News
Go to Top
We use cookies to ensure that we give you the best experience on our website. If you continue to use this site we will assume that you are happy with it.Ok