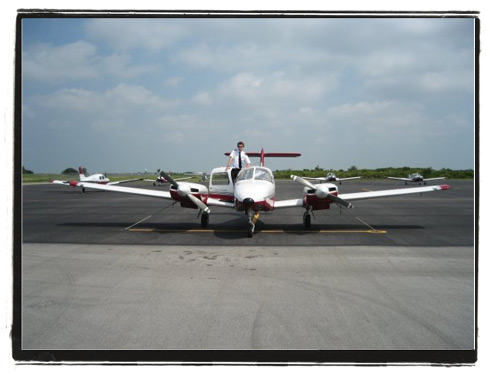 When did you join Waterford Aero Club? 2007

Best flying memory: My first solo, I don’t think there’s a feeling quite like it.

Worst flying memory: Near miss somewhere over Jacksonville in IFR

Tell us about your last flight? Nothing special, a local within the zone with Paul Hutchinson.

What brought you to flying? When I was young (about 14) I always used to annoy my father with questions about flying and Waterford Airport as my uncle was on the board at the time. He got so fed up of me asking him questions that he managed to get me a part time job in the airport so I could annoy people who had the know how of the industry and I’ve been annoying those people ever since!

If you had all the money in the world, what aircraft would you choose to fly? A PC6 so I could spend all day jumping out of the thing!

What is your current job? Techie and promotions with Beat 102-103.

What do you like most about the Aero Club? Lots of things, but what I like the most is that you can talk to a club member that has flown all their lives but still take you at face value and that is very refreshing these days.

If you could give a new pilot one piece of advice, what would it be? Know your limits, if you don’t like a situation don’t let yourself get in to it. It’s always much better to be on the ground wishing you were in the sky, rather than being in the sky wishing your were on the ground, but most of all, it’s a club, it’s there to be enjoyed.